To save patients from the world's #1 cause of death-NCDs, which includes cardiovascular disease, cancer, diabetes and chronic respiratory disease, requires systematic action focused on prevention and care for the disease.

NCDs are the number one cause of death worldwide, according to the WHO, with 38 million people dying due to NCDs in 2012-equivalent to 68% of the 56 million global death toll. The biggest burden of NCDs is in the low- and middle-income countries, where 80% of all NCD-related deaths were reported that year.1,2 WHO Fact sheets of June 2018 say that 41 million people each year, equivalent to 71% of all death globally, die from NCDs. In addition, 15 million people die from NCDs between the ages of 30 and 69, and more than 85% of these "premature" deaths occur in low-and middle-income countries.

According to the definition of WHO, NCDs are preventable diseases through lifestyle modification of the common causes such as unhealthy diet, physical inactivity, tobacco use and excessive alcohol use. For a narrow definition, it consists of cancer, diabetes, cardiovascular disease and chronic respiratory disease. There is yet to be a formal agreement if mental illness and trauma should be added into the group of NCDs although the issues have been widely discussed.3 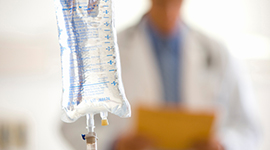 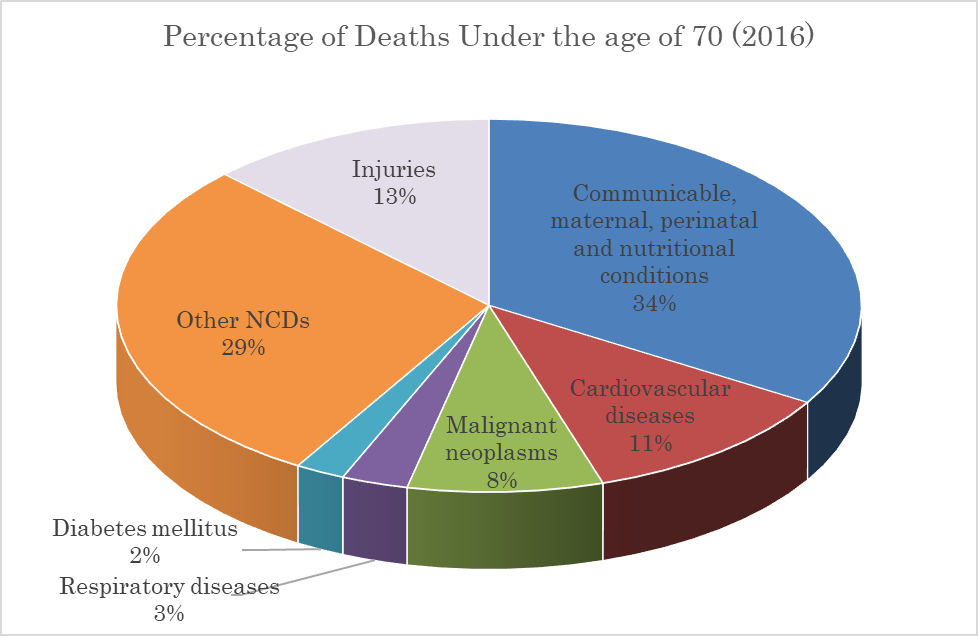 In 2011, the Political Declaration of the UN High-Level Meeting, calling for the international community to work together towards the prevention and control of NCDs, was adopted. In 2013, WHO announced the "Global Action Plan for the Prevention and Control of Non-communicable Diseases 2013-2020". The Global Action Plan focuses on four specific NCDs (cardiovascular diseases, cancer, chronic respiratory diseases and diabetes), and on four shared behavioral risk factors (tobacco use, unhealthy diet, physical inactivity and harmful use of alcohol). To highlight the need for the "prevention and management of NCDs", the Global Action Plan sets a goal of "25 by 25" (reducing the rate of premature mortality due to NCDs by 25% by the year 2025) through multi-sectoral collaboration and cooperation at national, regional and global levels, and proposes a menu of policy options under six interconnected and mutually reinforcing objectives*. The United Nations General Assembly convened the third High-level Meeting on the prevention and control of NCDs in 2018, world leaders agreed to take responsibility for their countries’ effort toward prevention and treatment of NCDs.
Targets 3.4 of the Sustainable Development Goals (SDGs), which are unanimously adopted at the United Nations Summit in September 2015, stipulates that by 2030 reduce by one-third pre-mature mortality from non-communicable diseases (NCDs) through prevention and treatment, and promote mental health and wellbeing by 2030.

In 2011, IFPMA (International Federation of Pharmaceutical Manufacturers Associations) launched the "Framework for Action for the Prevention and Control of NCDs" and has made NCDs a top-level priority of its activities. Since launching the Framework, IFPMA has done much to build alliances with influential actors to address NCDs and has a website to show our industry’s commitments to fighting NCDs. JPMA supports the IFPMA Framework and will seek possible cooperation with various stakeholders in order to help improve the prevention and control of NCDs.